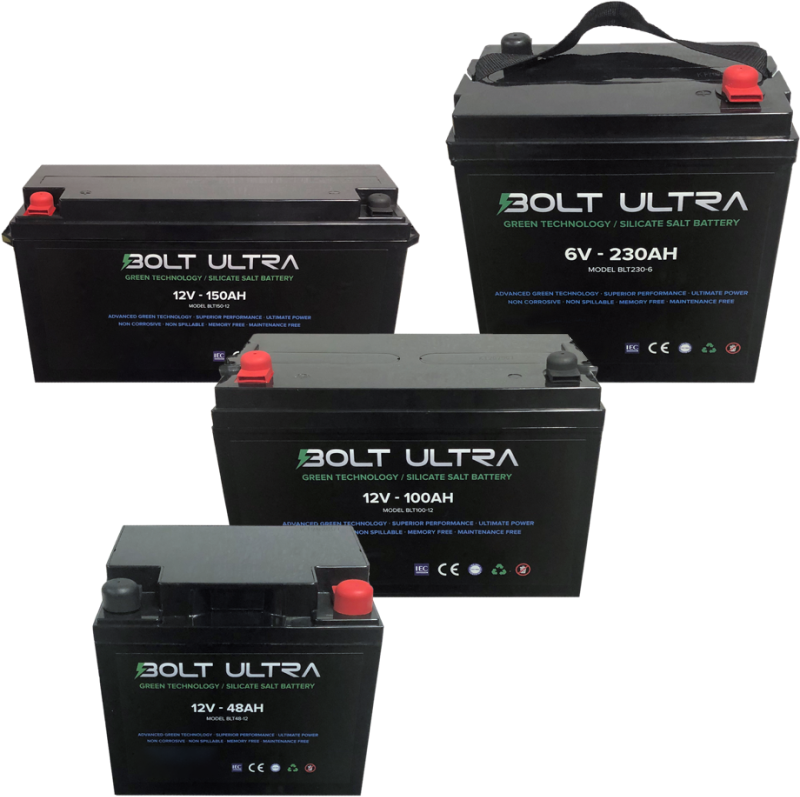 Originally designed and developed in 1992 for the military, Bolt Ultra Batteries deliver a much higher overall performance than lead-acid batteries. Utilizing a patented, proprietary electrolyte of liquid low-sodium silicate compound of ammonia sulfate, sodium carbonate and water, the Bolt Ultra Battery has successfully overcome the drawbacks of lead-acid batteries used since the 1970’s. These drawbacks include acid corrosion, acid mist pollution, low energy & power density, and short life span. The newly designed neutral electrolyte does not corrode the electrodes, hence prolonging the batteries cycle life. The overall construction of the battery is very similar to lead-acid batteries that are on the market, utilizing a lead plate that the electrolyte reacts with. This makes replacing batteries with this technology very simple.

Due to their high temperature performance and fast charging capability, Bolt Ultra Batteries also have a universally recognized edge over commonly used lead-acid batteries. VRLA (valve regulated lead- acid) batteries in general lose a considerable amount of capacity as the ambient temperature around the battery falls. With silicate batteries, they continue to function well in very cold or freezing environments without the need for external battery warmers or warm-up time. They are also functional at full capacity at very high temperatures where most VRLA batteries lose capacity due to dry out and lithium ion batteries become unstable, requiring vast amounts of air conditioning to cool them.
‍
For fast charging capability, Bolt Ultra Batteries can be recharged to 90% capacity within 60 minutes with a high current charger. Other advantages include small internal resistance (reducing heat) and low self-discharge rate, where most VRLA batteries lose a considerable amount of capacity after just six months. Bolt Ultra Batteries can sit uncharged for two years with minimal adverse effects. There is also no off-gassing or temperature rise during charging and operation; therefore, isolation is not required for gas emission, saving on construction costs in many applications.
‍
For renewable energy applications, utilizing programmed set-points in the charge controller for VRLA or Gel batteries will sufficiently charge the batteries. You can consistently bring the batteries down to a 50% DoD, giving a little added capacity to the rule of thumb with most Gel or AGM where you don't want to drop below 30%. Because of the low internal resistance, it eliminates the need for a BTS (battery temperature sensor) within the battery enclosure, further decreasing costs for additional components. One of the greatest benefits in using these batteries comes out of the silicate compound electrolyte’s properties at end of life. Because the battery is non-hazardous, the PH neutral solution consisting of ammonium sulfate can actually be used as a fertilizer. The recycling of the lead becomes much easier and environmentally sound because the electrolyte does not degrade the plate and create toxic lead dust. 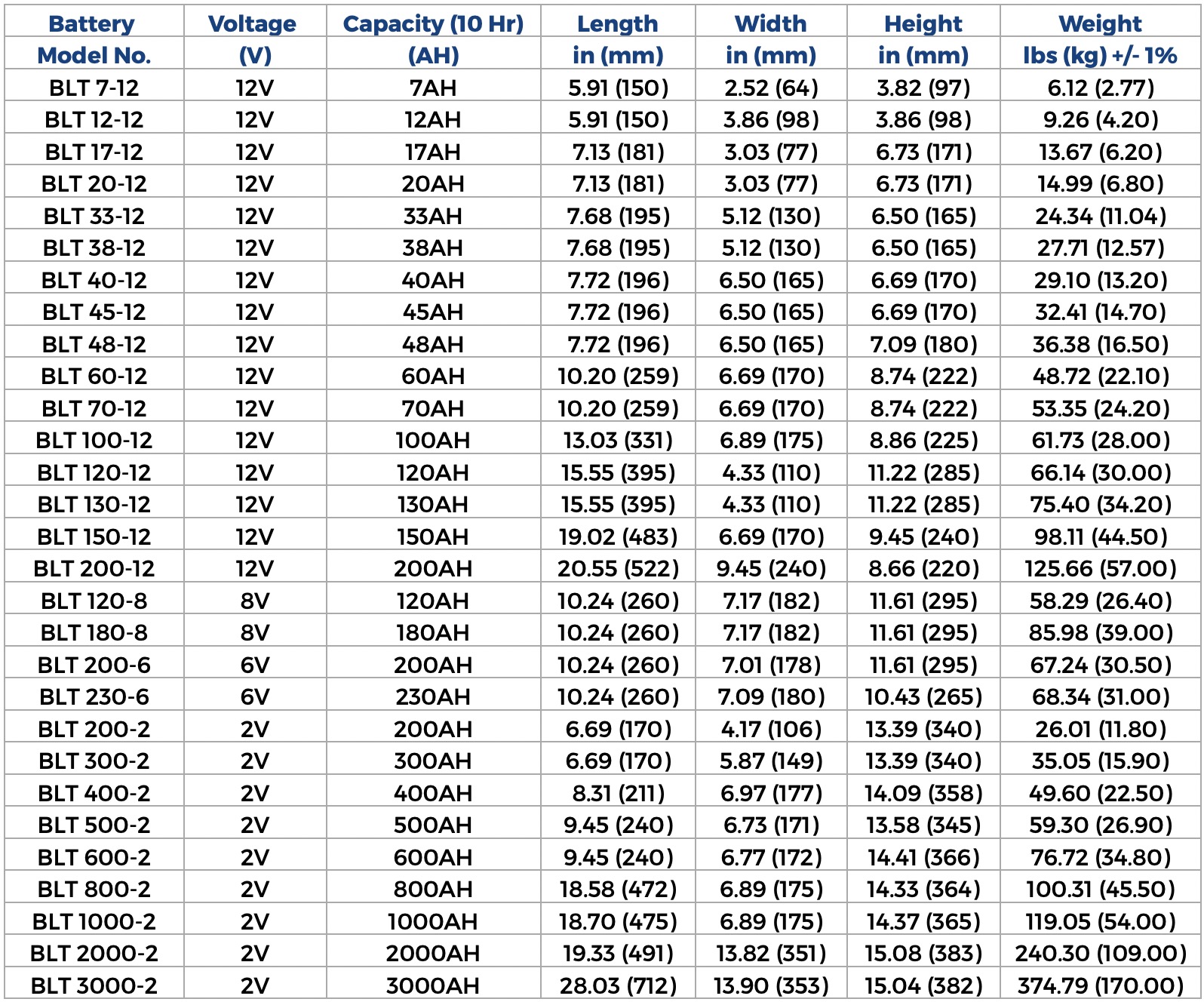 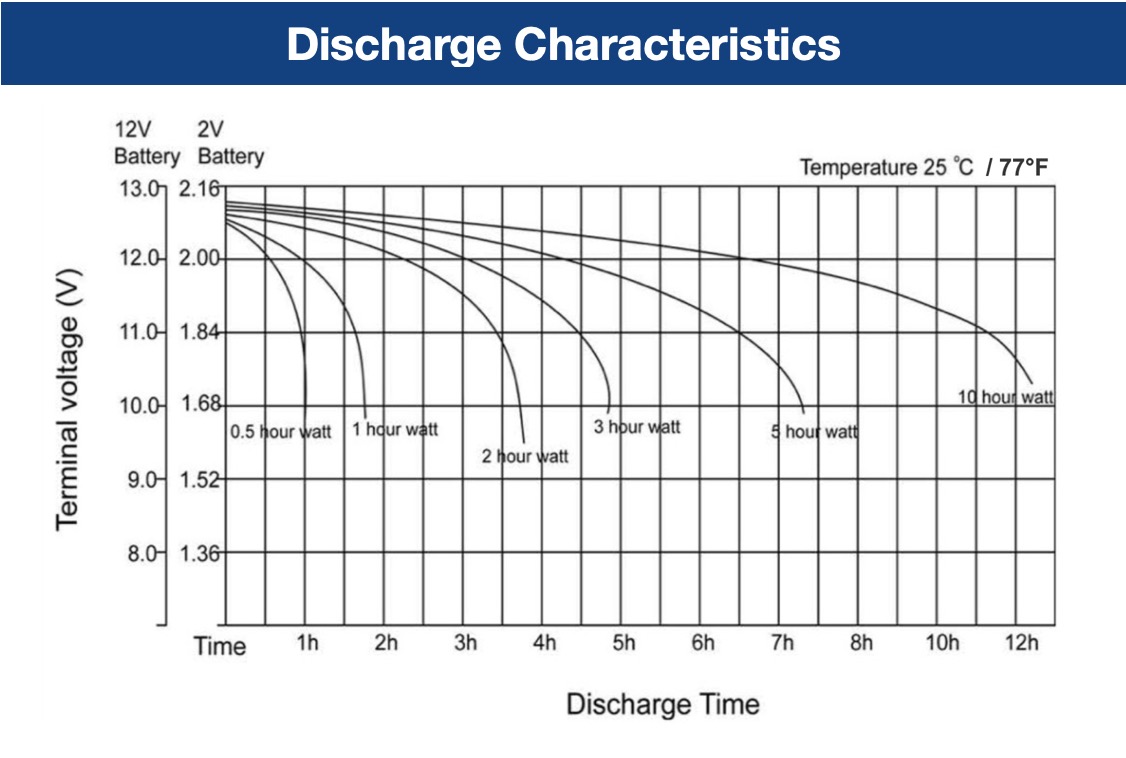 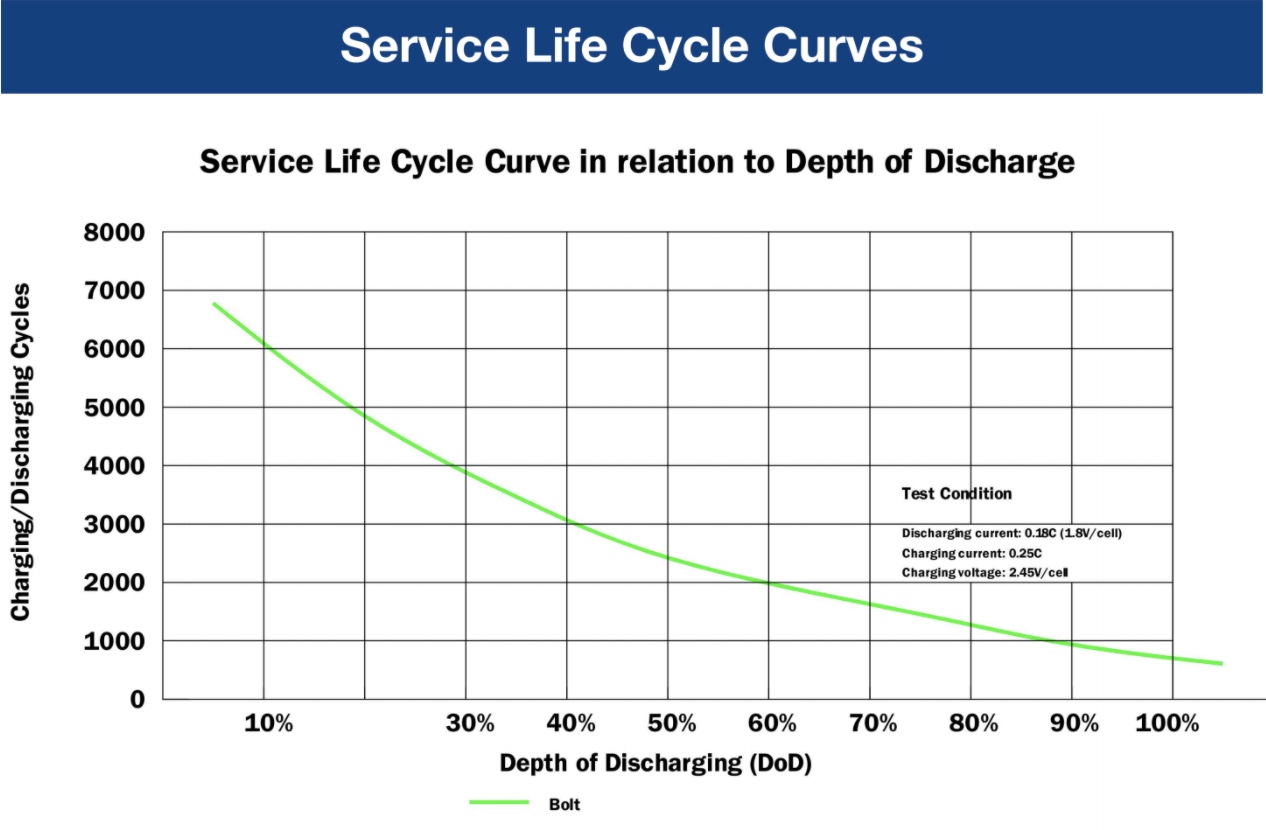 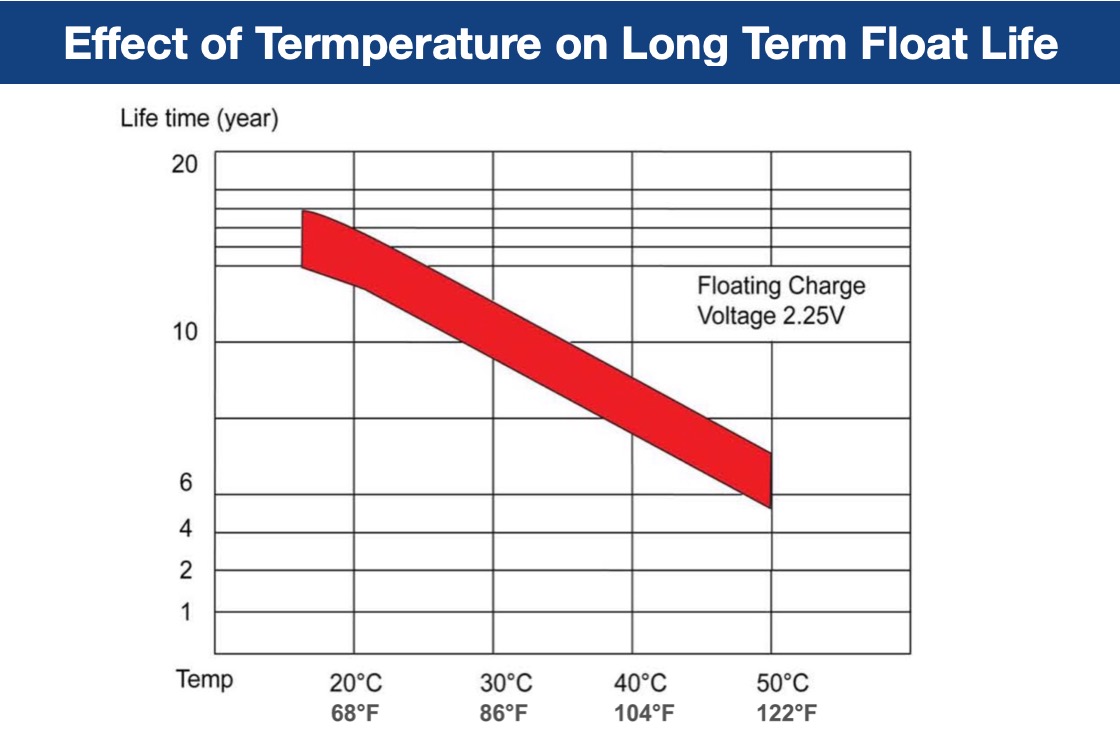 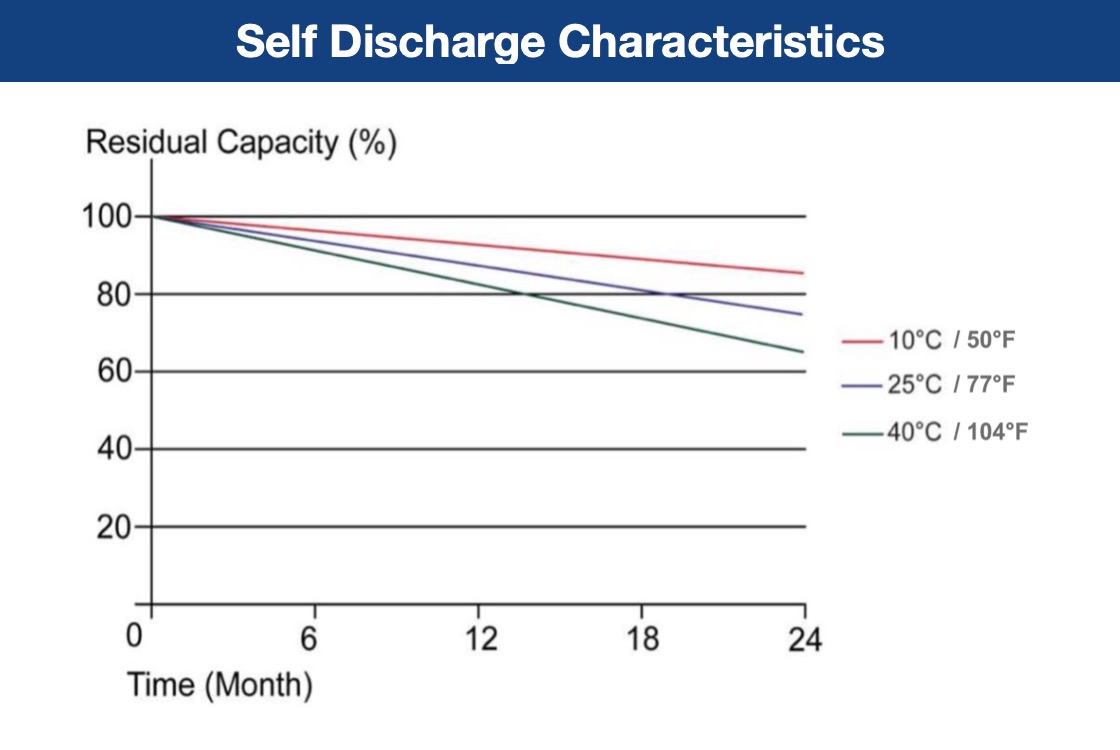 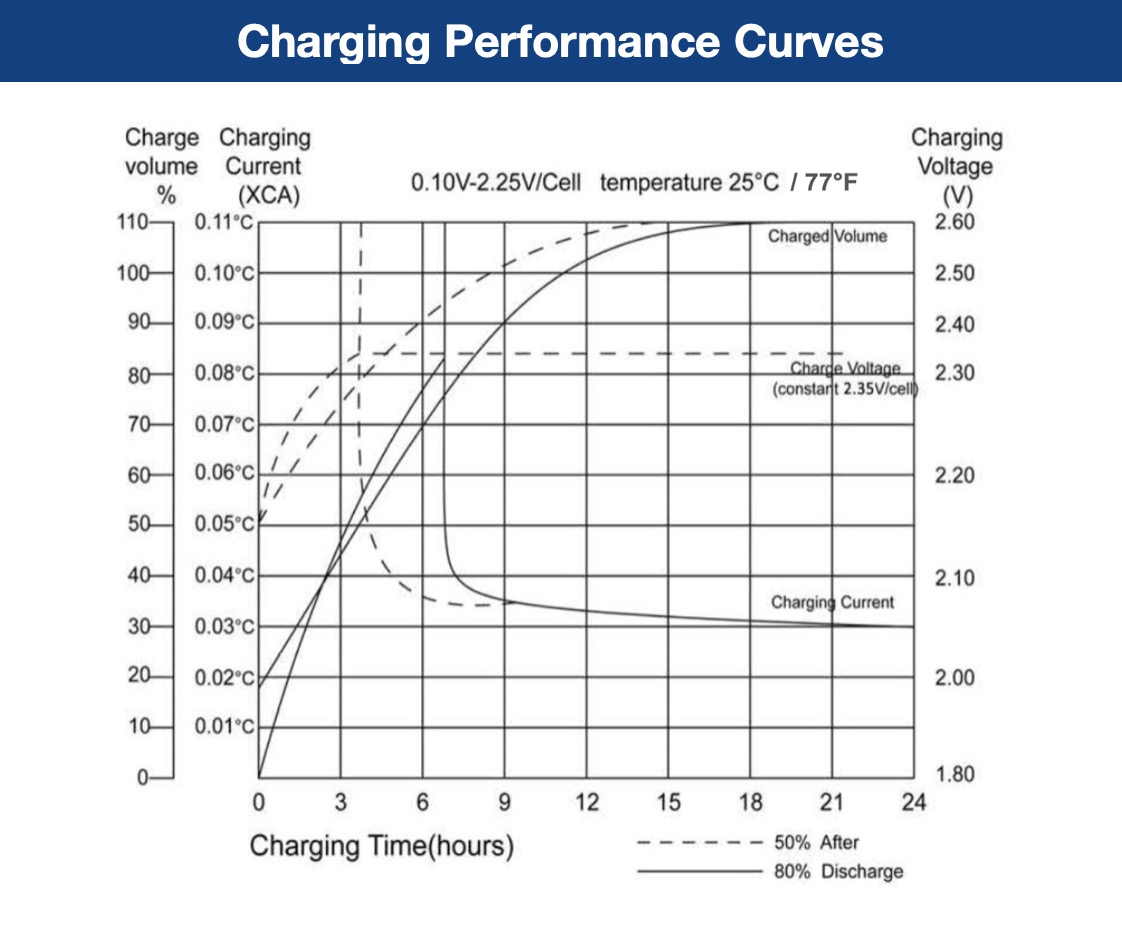 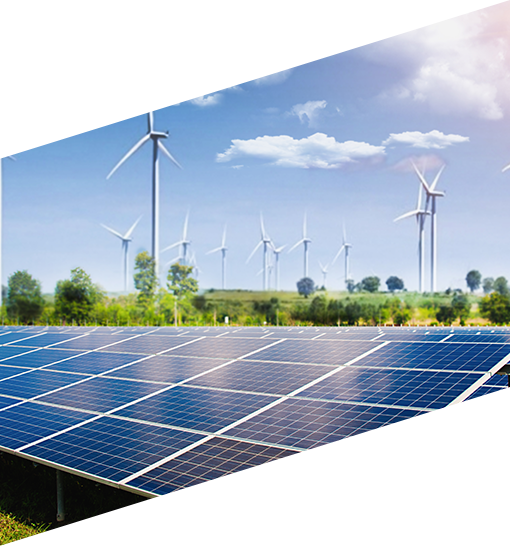 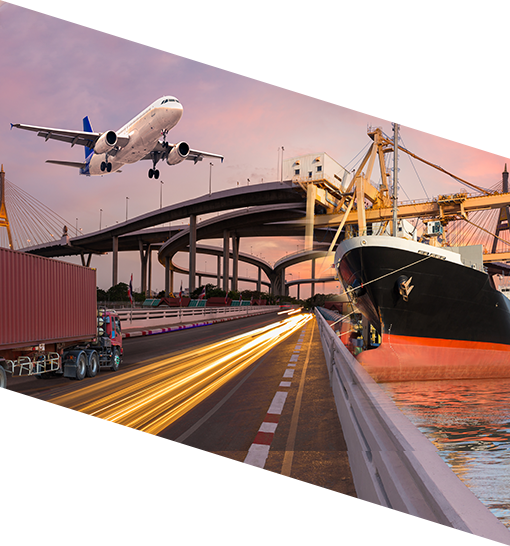 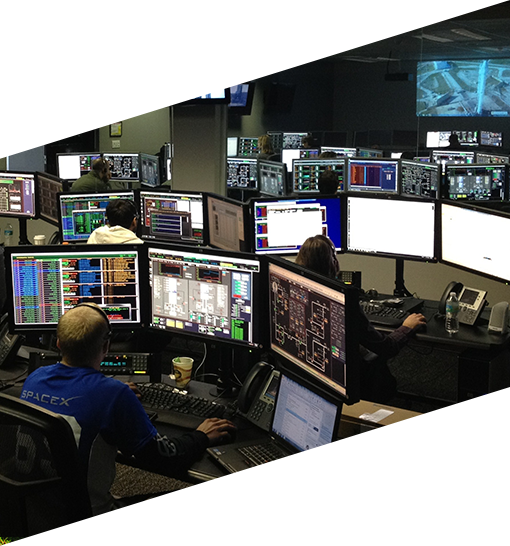 Bolt Ultra Batteries are produced in the only green certified, ISO 14001 certified, temperature-controlled assembly area, within a 100,000 square-meter facility. The quality assurance department performs rigorous testing and inspections on everything produced. With incoming material inspection, in process testing, and final inspection, every process is tracked and recorded to ensure that each product shipped exceeds customer expectations.

To serve and connect humanity through clean, energy efficient products and projects around the world.